Gaining Too Much Weight Lately? Here are a Few of The Most Common Reasons 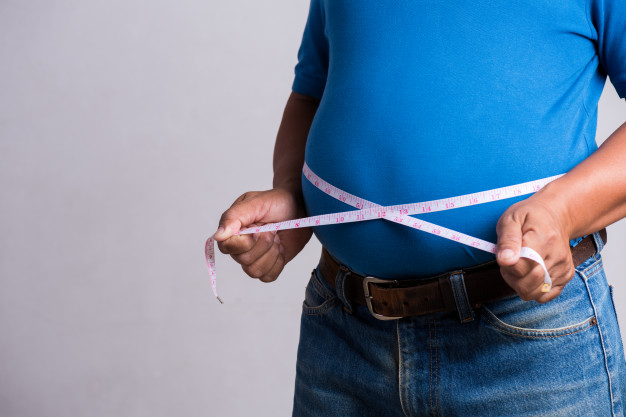 Gaining Too Much Weight Lately? Here are a Few of The Most Common Reasons

Obesity has become one of the most common health problems nowadays. And it’s not in the US alone. Given our lifestyle today, people all over the world are gaining excessive weight.

But what exactly causes obesity?

If we talk casually, this question seems very easy to answer. Most people think that it is the lack of willpower of a person that makes them overweight. But in reality, obesity isn’t really that simple. There can be multiple reasons a person might gain weight. And most of them have not even the slightest connection with willpower.

In this article, we have talked about some of the most common reasons behind weight gain and obesity and when do you need to talk to a doctor online for it.

Most of the time, when we talk about obesity, we relate it to our eating habits and lifestyle only. Considering this, it may come as a surprise to you that our genetics also has a role to play here. Have you ever noticed how, in most cases, people who are obese have overweight kids?

Now, if you weigh a little on the higher side, don’t go blaming your parents for it. Kids with obese parents do have a higher chance of gaining excess weight. But it doesn’t mean that being overweight is predetermined completely. The type of food you eat also affects which particular genes in your body will override the others. For instance, when the people of an underdeveloped society start consuming western diets, they get obese rather quickly. In this case, there is no change in their genetic structure. But the western food changes the environment and signals for their genes. And as a result, they gain weight.

Processed foods that we find on store shelves nowadays are not just a mixture of refined ingredients with additives. They are much more than that. These items that we usually call junk food are designed in such a way you could not resist them. They are cheap, tasty, and long-lasting. And all these things make them very tempting.

When a food item is made tasty by the manufacturer, their motive is to increase their sales. But while doing so, they are also making people eat their products excessively. And you should note that these processed foods do not resemble our usual whole foods in any way. So when you overeat them, you also contributing to your weight, significantly.

One of the very big reasons for the obesity epidemic all over the globe is the amount of food available to the people nowadays. Now, when we talk about obesity, the food we generally refer to is the processed and junk food. And as you can see, it is almost everywhere now. Go to a nearby market, and you can see for yourself. Almost every shop that has a food section has large counters and shelves filled with processed food. And this is making people consume it more and more.

Another problem with junk food is that it is usually cheaper than other healthier options. And there are some people who don’t have enough money to buy some real food. So they are left with these unhealthy options only.

Have you ever seen an advertisement for your favorite snack or cold drink? These advertisements are probably everywhere- from Hoardings to TV, Youtube, social media channels. Literally everywhere.

So, what does it means?

It simply means that these food producers use very aggressive marketing techniques.

Now, if it was just aggressive marketing, it wouldn’t have been a problem. But many times their methods become unethical. There are times when they sell their unhealthy foods claiming them to be healthy. And the worst part is that they particularly target children while marketing.

You probably have noticed how, today, children are getting more and more obese. It’s because they get addicted to these unhealthy junk foods before they are even old enough to understand these marketing tactics.

You probably have heard that certain pharmaceutical drugs can also contribute to your weight as one of their side effects. For instance, many antidepressants are believed to have a link with the development of obesity over time. Some of the medicines for diabetes and certain psychotic issues also have the same effects.

You can perhaps understand that these medicines don’t lower your willpower but instead hamper your body functions. Most of these drugs either lower your metabolism rate or increase your appetite.

Insulin is one of the very important hormones present inside our body. And it performs many useful functions, among which one is to regulate the energy storage. In simple words, insulin is the hormone that directs the body to convert the excess energy into fat.

So, how does it makes people fat?

The role of insulin in making people obese is a bit debatable. However, there are a few preliminary studies that suggest that there is a causal relationship between the two. The studies on insulin and obesity suggest that the food we eat as per the western diet increases insulin resistance in obese people. And this, in turn, spike up the level of insulin throughout the body, converting most of the energy into fat, rather than making it available for other work.

Just like insulin, leptin is also a hormone in our body that has a role to play in obesity. This is usually found in higher quantities in people who are overweight, as its production depends on fat cells.

For people who are healthy, leptin reduces their appetite. If it is working right, it tells your brain to stop eating when your fat stores get high. But this doesn’t happen in obese people.

In obese people, leptin isn’t usually able to pass the blood-brain barrier very easily. And for this reason, it fails to tell your brain about the fat content in your body. This particular condition is what we call leptin resistance. And it makes the person eat more than he should.

You probably have heard a lot of health-conscious people cursing sugar-based products. And why not? Sugar is perhaps one of the worst things happening to our food habits nowadays.

When we consume sugar excessively, it changes the whole biochemistry of our body. And this, ultimately, adds a lot to our body weight. Furthermore, most sugar products today are made of glucose and fructose combined. And while glucose isn’t a problem for your body, consuming too much fructose can lead to insulin resistance. And we have already studied what happens due to insulin resistance- Weight Gain.

When to Talk to a Doctor?

So, should you talk to a doctor regarding your obesity?

By reading the above points, you probably have understood that it’s not just your lack of willpower that’s making you gain weight. There can be many other reasons. But remember, unless it’s not a medical condition, there is still a lot that you can do to keep yourself fit and healthy. Just find the reason for your obesity and work on it. You’ll definitely see the results.

However, if you can’t figure out why you are gaining weight, or aren’t sure of what you should do to tackle it, you may talk to a doctor online. A weight loss doctor is an expert on the subject. And he may tell you many more things that we couldn’t cover here. So, if you have a question in mind or are still confused about anything, talking to a doctor is a nice idea. Given his expertise, he’ll be able to help you in the best way possible.