Very common, one of the most common diseases to make Americans suffer is Acute Bronchitis. Therefore, we are talking about acute bronchitis treatment, causes and prevention, all in one in this blog.

But first, what the heck is this acute bronchitis? 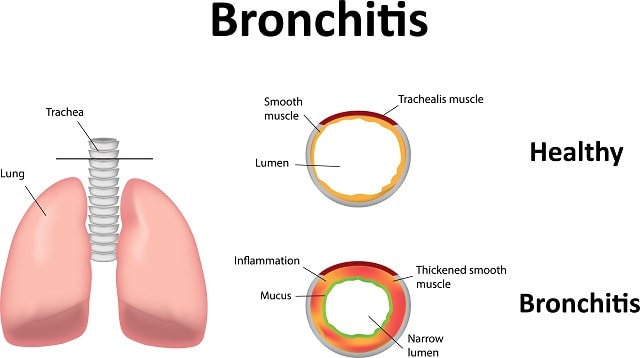 Acute Bronchitis, commonly known as chest cold is a condition in which human lungs/ lower respiratory tract is infected by viruses and are widely doesn’t require the assistance of any live doctor.

The virus, by and large, causes inflammation in the bronchial tubes, which are responsible for carrying air to your lungs.

It causes cough in the patient with mucus outcome, other discomforts that this illness brings include, wheezing, shortness of breath, chest tightness and low fever.

Another type of bronchitis that has been making people suffer from a long time is chronic bronchitis.

Remember how you were coughing, had a blocked nose and were feverish, last time you were ill? Well, that is pretty much it.

It is a super contagious viral infection, which forms when there is an inflammation in your bronchial tubes.

These tubes which actually carries air into your lungs, when are fighting an infection, swells and mucus starts to build.

Now, these swollen tubes make it harder for the patient to breathe.

As far as we are on the topic, there are two types of bronchitis; one is acute, and the second is chronic.

Chronic as from the name you can judge last longer and acute last for only a few days.

Or the common one, this type of Bronchitis carries on for just a few weeks and doesn’t cause any severe problem at all.

Chronic type of bronchitis is more on the severe kind. The dangerous most of this problem is that it never really goes by itself and keeps on bouncing back. At times this situation is called chronic obstructive pulmonary disease (COPD) too.

As per the National Center for Biotechnology Information, 5% of the adults have episodes of acute bronchitis, and an estimated 90% of them seek out medical advice.

The same government website makes a claim that this disease is one of the top ten illnesses to suffer people in the United States of America.

So, if and when it catches, you do not take a chance, and let the live doctor do what they do best.

Although it is super common causes of this disease are also the same degree of ordinary.

The reason behind acute bronchitis is usually prevalent, viruses, more often than not, the same that causes flu or colds.

However, at times, the reason can be bacterial infections too. Usual habits that cause acute bronchitis are smoking, tobacco, fumes, air pollution, smog, and vapours.

It is essential to mention here that even though acute bronchitis is not that severe, repeated episodes of it can lead to chronic bronchitis.

Acute Bronchitis is not worrisome when it stays in its limit of two weeks, and these will be the symptoms: 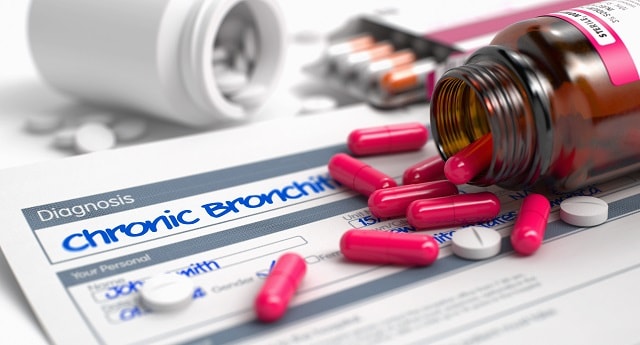 Treatment in most cases, until you are coughing blood, is mostly home-based and there’s no need to call a doctor.

We are living in a society which breaths through the internet but never ignore the severe symptoms. Acute bronchitis treatment is straightforward;

Prevention is always cooler than treatment, right? It has always been that way.

So, here are some of the things that are going to help you ditch acute bronchitis;

Typically, Acute Bronchitis comes and goes within three to ten days, but if exceeds this deadline, it is better to keep a live doctor on the dial, some more severe symptoms that indicate code red are:

In such conditions keep the nearest medical clinic in check and never neglect any decline in health. Also, the online clinic is a handy option to stay in hand in these conditions.

When at physical clinics an already suffering person has to undergo some more, due to long patient lines, longer dues clearance lines, and rush of running from one place to another, with a live doctor you will be able to get what you need at your home, that too in a matter of minutes.

Seeing a doctor online is also very healthy for the patient, the doctor, and apparently, the whole environment as the patient will not be traveling and spreading germs all around.

As promised, this was all about acute bronchitis treatment, causes and prevention.

It is a prevalent disease, and there is nothing to be worried about; but if the symptoms go on longer than three weeks, see a doctor, pronto!

Stay safe, do not smoke and stay hydrated.