Learn How to Overcome Your Panic Attacks With These Tips 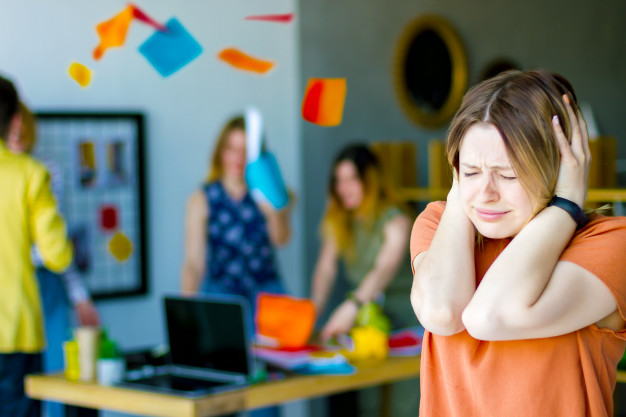 Learn How to Overcome Your Panic Attacks With These Tips

Panic attacks are overwhelming and come with both physical and emotional symptoms. These may sometimes include shaking nerves, sweating, trembling, numbness, feelings of fear, and anxiety. Panic attacks can be very hard to deal with. You can see a doctor online to learn how to deal with panic attacks in a better way.

It can be extremely difficult to stop a panic attack entirely, but there are a few ways to control them and lessen their symptoms. Many people even find it difficult to breathe during panic attacks and feel their hearts pounding. Some people also feel chest pain, which makes them think that they are having a heart attack. Panic attacks can be really scary. But you can overcome them by learning how to respond to them in accepting and calming ways. And that is what we are going to learn here today. You have to use the tips you will read today regularly to reach your goal of overcoming panic attacks and dealing with them. Most people make the mistake of working against the panic experience. But the trick is to work with it to deal with it in the best way. Let’s get into it.

The first thing that you have to do is to acknowledge that you are having a panic attack. You are afraid and starting to panic. Do not try to ignore it, or pretend that it is not there. But, you need to understand that it is just a panic attack and you are not in danger. Keep reminding yourself that this is temporary and it will soon, and everything will get back to being normal.

Also, you need to accept that you are afraid at that moment. You should not fight the feeling, or blame yourself or anyone else for anything. Think of it as any other problem such as a headache. As I mentioned before, the process of overcoming panic attacks requires you to work with panic and anxiety symptoms, and not against them.

How to Accept a Panic Attack?

While talking about accepting a panic attack, you need to first understand how you can do that. We are talking about making them acceptable, not desirable. It feels awful and dreadful, but it is not dangerous. It will not kill you or anything. You need to accept the symptoms, and not resist them.

If you are having a panic attack, then just let it pass. You should keep in mind that it is the most that can happen to you at that moment. It is a very bad feeling, but that is all about it. Things can not go worse than that. Once the panic attack runs its course, everything will get back to being normal. The more you will resist, the worse it will get. So, in order to overcome it, you need to accept its symptoms and let it run its course.

Have you heard people giving the suggestion to count to ten before you get mad? This advice is very similar to that suggestion. A panic attack can temporarily make it very difficult for you to think, concentrate, and remember things. But this tip can help you regain those abilities. People tend to flee or struggle when they react before getting a chance to think straight. And this can further make matters worse for them. That’s why the harder they try the worse things get. You should never jump into action too quickly.

You should try to calm yourself and observe how the panic works, and how you are responding to it. You can begin to fill out a “panic diary.” This will help you notice important aspects of a panic attack, which will make you respond to it in a more effective way over time. It may sound a bit crazy to you, but filling out the diary will surely help you calm down. I know you’re thinking about how it works. By filling out the diary you are not distracting yourself, as the questions will be about panic only. But it will help you get a little distance from your emotions. When you are completing the diary, you become an observer, rather than feeling like a victim. That is why it works. The best option is to fill out the diary while you are having a panic attack. If you can not write, use a digital recorder.

Tip 3. How to Act to Make Yourself More Comfortable

We just went through two of the most important tips that will help you overcome panic attacks. Now it is time to consider how to need to act. While most people jump into action as soon as the panic attack hits them, this never helps them. What it does is make things worse for them. What you really need to do is to just stop and remember how you need to act, and what your job is during the attack.

It is the most important and useful technique to perform during a panic attack. Belly breathing or diaphragmatic breathing is a very powerful tool when it comes to overcoming panic attacks.

Silently talk to yourself about what’s going on and what you need to do. Tell yourself that everything is fine and it will end soon. Understand that it is OK to be afraid, just remember the tips and try to follow them.

Get Involved in The Present

People panic when they think that something bad is going to happen to them. Panic attacks are often accompanied by “what if…?” thoughts. And you need to avoid worrying about what is going to happen. Try to get back to whatever you were doing prior to the attack, and involve yourself with the people around you and your surroundings.